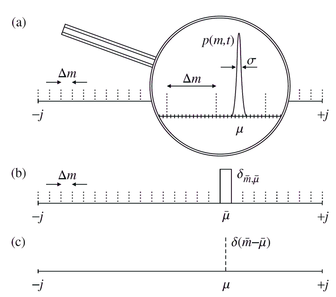 The descriptions of the quantum realm and the macroscopic classical world differ significantly not only in their mathematical formulations but also in their foundational concepts and philosophical consequences. When and how physical systems stop to behave quantumly and begin to behave classically is still heavily debated in the physics community and subject to theoretical and experimental research.

Conceptually different from the decoherence program, in 2007 we introduced a novel theoretical approach to macroscopic realism and classical physics from within quantum theory [1]. It focuses on the limits of observability of quantum effects for macroscopic objects, i.e., on the required precision of our measurement apparatuses such that quantum phenomena can still be observed. First, we demonstrated that for unrestricted measurement accuracy a violation of macrorealism (i.e. as quantified by a violation of the Leggett-Garg inequalities) is possible for arbitrarily large systems. Then we show for certain time evolutions under the restriction of coarse-grained measurements not only macrorealism but even the classical Newtonian laws emerge out of the Schrödinger equation and the projection postulate. This resolves the apparent impossibility of how classical realism and deterministic laws can emerge out of fundamentally random quantum events.

Finally, we demonstrate that there exist “non-classical dynamics” that enable a violation of macroscopic realism even under classical coarse-grained measurements [2]. The question why we then normally do not see such violations arises again. We suggested that the reason for this is that non-classical time evolutions are of high computational complexity. Figuratively, this means that if nature spontaneously “chooses” a time evolution, it is much more likely that a low complex, i.e. a classical, time evolution is realized and thus our every-day world appears classical under coarse-grained measurements.

In Ref. [3] we introduced a necessary condition for violation of macrorealism, which is called “no-signalling in time” and is analogous to the no-signalling condition in the case of Bell’s inequality tests. Most importantly, it can be violated in situations where no violation of the Leggett-Garg inequalities is possible.

Figure: (a) The probability for the outcome of a spin component measurement is given by a Gaussian distribution, which can be seen under the „magnifying glass“ of sharp measurements. (b,c) If the measurement resolution is poor, the sharply peaked Gaussian cannot be distinguished anymore from the delta function, and one arrives at deterministic predictions.